This is a very uncomprehensive list of projects I’ve started and abandoned in the last eight years. Several of them didn’t technically fail, as they eventually evolved into different projects that enjoyed various degrees of success. Most of them, though, were just thoroughly bad ideas.

BeeForums allowed you to quickly create a bbPress-powered web forum for free. I started it in 2013 and kept it alive for about two years, during which it accumulated about 30 forums, of which all but ~3 were inactive.

Why did it fail?

Nucleus was an attempt to port Mac OS X’s menu bar to Windows. The project started in response to Microsoft’s decision to drop the start menu in Windows 8.

Nucleus was under development on-and-off for about three years, during which several betas were released. Its features included a custom terminal, notifications and a notifications API (several years before Windows).

Early versions of Nucleus were featured on LifeHacker and other well-known technology publications, but the project was ultimately abandoned before a stable version was shipped.

Why was it abandoned?

Torrential was a simple web app for recording revenue and expenses. It was made for personal use, and opened up for the general public. A Windows and Android app was also offered, although they were essentially just wrappers around the web version. 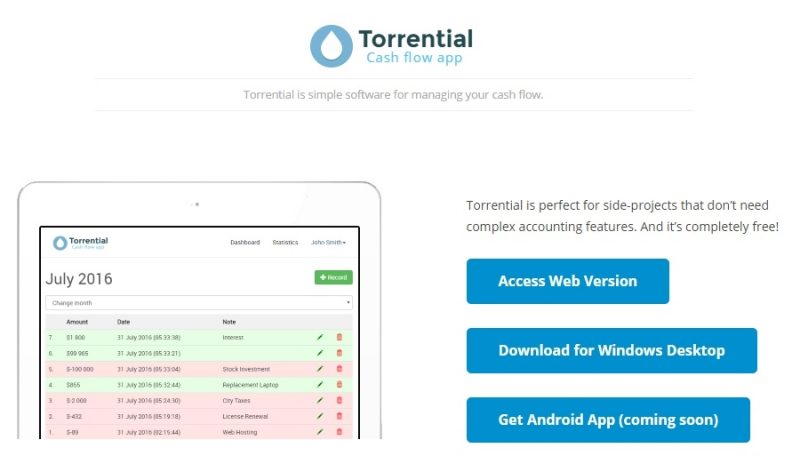 Torrential didn’t gain much traction, had no monetization plan, and eventually became inadequate for my personal needs. It was pulled offline with minimal fuss about six months after launching.

Pet Wiki was intended to be the Wikipedia of pet keeping. The project was ultimately scrapped about a week prior to launch due to circumstances outside of my control. It was quickly stripped of all its non-bird content and launched as “Aviculture Wiki”, which enjoyed mild success.

Aviculture Wiki was later stripped of its “wiki” features and rebranded as Aviculture Hub. The fish, dog, and cat content was salvaged from Pet Wiki and was published on the MyPetZone blog. Pet Wiki could arguably be considered a retrospective success, given that parts of it live on in multiple successful projects.

Feedbin Reader was an attempt to create a native Windows client for the then-recently-launched Feedbin RSS reader. The project was ultimately abandoned because there was no compelling reason to use a native app over the web version. Without question, the biggest reason it failed was because the GUI I designed was utterly hideous. Like, aggressively ugly; even by the standards of 2013 metro design language.

I’ve used thewebatom.net domain name for a bunch of different projects. Originally, it was where my software projects lived, until they were moved to SingularLabs in 2011-ish.

I then relaunched it as a WordPress news blog in 2012, which then pivoted to a general web/tech entrepreneur blog. After that it became a forum for SingularLabs product support, which didn’t last very long (I don’t even have a screenshot of this iteration).

Once the forum was shut down, it returned as a general web news blog in the same vein as Mashable and BuzzFeed. This obviously failed because I’m just one dude who can’t pump out content that quickly.

Eventually it became a web hosting business, which was ever-so-slightly profitable before being merged into Gowland Media, which later became LaunchWoo. The web/tech entrepreneur blog idea lives on as part of LaunchWoo too, where it’s known as the “Growth Blog“.

The domain name is no longer used for any public-facing website, but it’s still under the hood of every project I’m currently working on.

Teh Mod Manager was a windows application for managing mods for EA’s simulation game titles, such as The Sims 3, SimCity, and The Sims 4. It was supposed to be completely modular, so anyone could extend it to support mods for an unlimited number of PC game titles. Teh Mod Manager was abandoned for similar reasons as Nucleus—it was a large, complicated project and I simply didn’t the time or motivation to complete it.